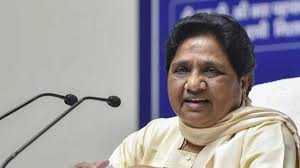 Bhopal: The Bahujan Samaj Party (BSP) has announced names of eight candidates for the by-elections to 27 Assembly constituencies in Madhya Pradesh.
The list of candidates for eight seats, which are in Gwalior-Chambal region, was finalised by party president and former Uttar Pradesh Chief Minister Mayawati, party sources said.

“We will contest all 27 seats for which bypolls will be held,” president of the BSP”s state unit Ramakant Pippal said on Friday.

In the 2018 state Assembly elections, the BSP had won two seats in the state.

The bypolls are yet to be scheduled for 27 seats, which are currently lying vacant due to the resignation of 25 MLAs and death of the two sitting legislators.