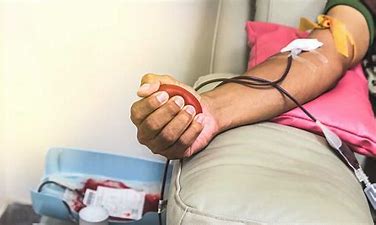 The 8-year-old child, Nikhil from Giridih’s Bagodar area is suffering from pneumonia. He is undergoing treatment at a nursing home in Hazaribagh. Nikhil’s brother said that even a week ago, his younger brother needed blood, and at that time a positive blood was available in the blood bank. That is why he donated blood at that time. But on Friday, doctors again needed blood to transfuse but it was not available in the blood bank. When the muslim man Salim came to know, he reached Hazaribagh, a distance of 50 kilometers amid the lockdown. Not only that, he saved his life by donating blood to Nikhil by breaking his Ramadan fast. A young man from Jharkhand’s Giridih district has set an example of humanity. In today’s world we still find humanity that unites people together.(UNA)