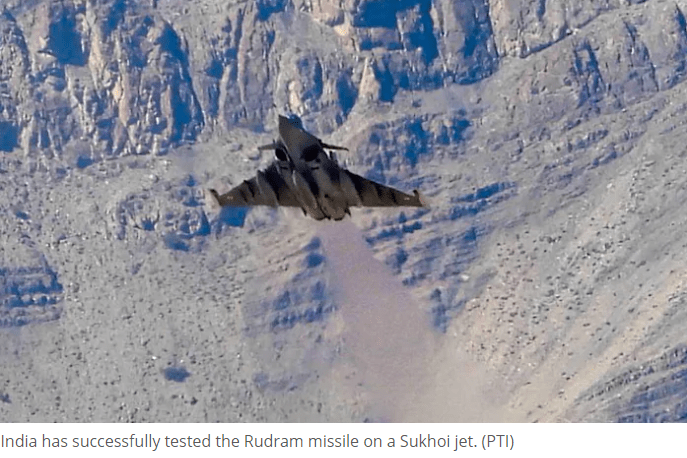 A new generation anti-radiation missile has been tested successfully India. Rudram-1, the country’s first such missile which will be used by the Indian Air Force (IAF). The missile has been developed by DRDO and was tested in Balasore of Odisha. The missile was integrated on Su-30MKI fighter aircraft for a launch platform, having varying ranges based on launch conditions. The NGARM missile is equipped with Passive Homing Head (PHH) against radiating emitters of wide range of frequencies, powered by 2 pulse solid rocket motor for enhanced range. IAF now has the capability to perform SEAD (Suppression of Enemy Air Defense) operations deep into enemy territory to destroy enemy air defense setup, so that strike aircraft can carry out mission unhindered effectively.(UNA)