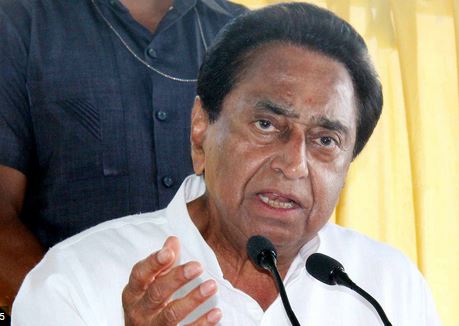 Kamal Nath, former Madhya Pradesh chief minister took to Twitter on Friday to post a video of an appalling incident from the state’s Betul district. In the video, a man can be seen mercilessly thrashing a woman in front of her daughters.

The sound of the woman’s daughters screaming for help can be clearly heard in the video clip from Shobhapur in Betul posted by Congress MLA from Chhindwara, Kamal Nath.

While alleging that the man in a white dhoti assaulting the Dalit woman is linked to the BJP, Kamal Nath said in his tweet in Hindi, “The lodged a complaint accompanied by the video with the police five days ago but no action has been taken against the accused to date owing to the influence of power”.

Kamal Nath went on to urge Madhya Pradesh Chief Minister Shivraj Singh Chouhan to take action against the man who can be seen thrashing the woman in Shobhapur under Sarni municipal limits. He said in a tweet, “Shivraj ji, such incidents are happenings with sisters-nieces in your government’s rule and the culprits are being shielded.”

“Immediate action should be taken against the culprits in this case and the woman and her daughters should get justice,” former MP CM Kamal Nath added.

Another video of the same incident from Betul suggests that an argument over garbage being thrown in front of the woman’s home led to this fight between her and a BJP corporator. However, the same is yet to be confirmed by local authorities.