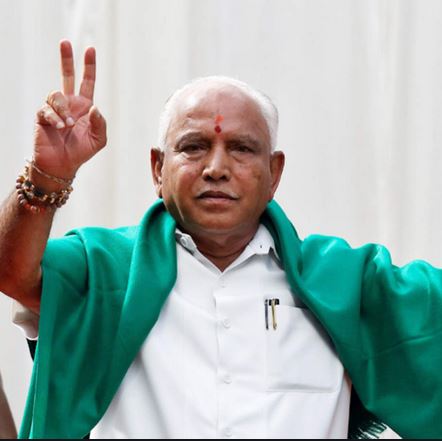 Karnataka : Chief Minister BS Yediyurappa on Wednesday announced a night curfew in the state starting December 23 to January 2. The night curfew will remain between 10 pm and 6 am. This curfew will end at 6 am on January 2. This normally means that more than 4 people cannot gather at a public place, however the government is yet to announce the details.
Yediyurappa said that the decision was taken in the view of the new COVID-19 strain after consulting with the Union government and the Technical Advisory Committee.

“All activities (outside) should be completed by 10 pm and people should return home. New Year’s celebrations are barred and this decision has been taken in view of the safety of the residents of this state,” Karnataka Health Minister K Sudhakar said. Guidelines for the night curfew will be released this evening. Initially, the government had said that bars and pubs would be allowed to celebrate New Years, but with 50% attendance, however with this announcement, that rule will change and most likely no parties will be allowed.

Those coming from other countries must have a COVID-19 negative certificate that they have procured within 72 hours,” BS Yediyurappa said.

The announcement comes just a day after BS Yediyurappa said that there was no need for a night curfew ahead of Christmas and New Year in the state.