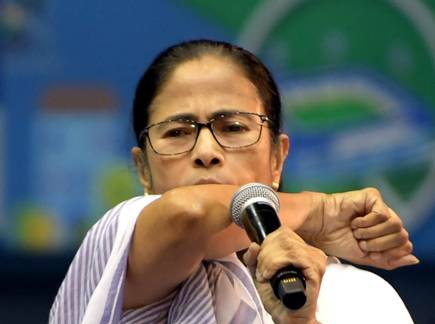 Kolkata: With lockdown in West Bengal extended till September 20, the Kolkata Airport has allowed incoming flights from six cities in a limited manner.
It has also announced that no flight operations will be permitted on September 7, 11 and 12, when the state will observe complete lockdown as per the directives of the state government.

“Flights from six cities viz Delhi, Mumbai, Chennai, Ahmedabad, Pune and Nagpur will be allowed in a limited manner from September. They will be allowed on Tuesday, Thursday and Sunday during the first and second week of September,” the Kolkata airport said in a statement.

Pointing out that flights from above cities will be permitted during the third and fourth week next month it added, “Flights from six cities viz Delhi, Mumbai, Chennai, Ahmedabad, Pune and Nagpur will be allowed in Kolkata on Monday, Wednesday and Friday during 3rd and 4th week of September. Passengers are requested to check further schedule with concerned airline.

“Complete lockdown will be observed in West Bengal on September 7, September 11, September 12, 2020. As per State Government’s directives, no flight operations will be scheduled on these days from the Kolkata Airport,” it added.

Earlier on Wednesday, state Chief Minister Mamata Banerjee announced the extension of the lockdown in the state till September 20.

“Current lockdown measures will remain in place in the state till September 20 and a complete lockdown will be observed on September 7, 11, and 12,” Ms Banerjee said.