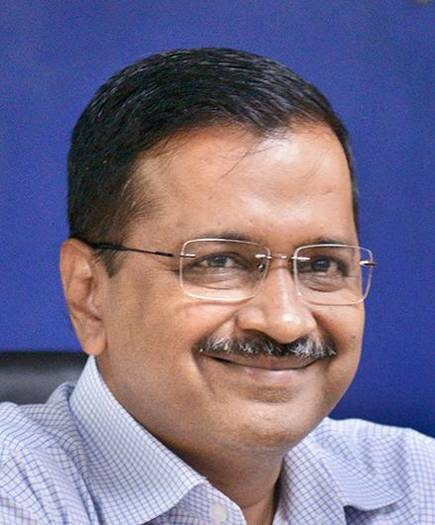 New Delhi, As Delhi was ranked at the 62nd position in the list of the world’s best 100 cities for 2021, chief minister Arvind Kejriwal congratulated the residents of the national capital. Delhi made it to the ranking done by Resonance Consultancy Ltd and is the only Indian city to feature in the list of cities across the world. It has jumped to the 62nd place this year from last time’s 81.
“Such a good news for all Dilliwalas. All dilli walas have worked so hard in the last six years to make it happen. The world is noticing the positive changes happening in Delhi,” Kejriwal tweeted.
The Aam Aadmi Party (AAP) leader also tagged his deputy Manish Sisodia post in his tweet. “Congratulations to all the proud people of Delhi and @ArvindKejriwal for the leadership. Our beloved Delhi is ranked 62 in World’s Best cities. The only Indian city in the list. There is significant improvement from the past ranking i.e. 81,” Sisodia has posted on Twitter earlier in the day.
Resonance Consultancy said it ranked the world’s best 100 cities with populations of more than a million, using a “combination of statistical performance and qualitative evaluations” by locals and visitors in 25 areas grouped into six core categories. The cities, with London on the Number 1 spot again for the sixth year in a row, were ranked on the basis of diversity, weather, number of parks and tourist attractions, the number of social media hashtags and check-ins and other points. It also included factors like Covid-19 infections as of July, income incongruity and unemployment for the first time this year to rank these cities. New York, Paris, Moscow and Tokyo followed on the second, third, fourth and the fifth positions respectively. | Delhi ranks 62 in list of world’s best cities: Here are the 10 best cities
India’s Capital was described as one of the “few places on earth with the hectic, pulsating pace of Delhi, which explains its #18 spot for Place, including a #29 ranking for Sights & Landmarks.” “Indeed, Delhi is a city built upon or near the ruins of a previous city, and today visitors can trace through the eras, exploring centuries-old forts, tombs, shrines and mosques. Old Delhi is where to soak it all in while weaving in and out of the chaos, shopping for trinkets and handicrafts in the frenetic street bazaars and gaping in wonder at the Red Fort,” it added.
“Unsurprisingly, Delhi also ranks highly for Restaurants, and sampling everything you can is a must. Now, add a “click” to Delhi’s cacophony: despite its ancient roots the city is bursting into the new millennium with a #23 ranking for Promotion. Its rankings in Facebook Check-ins (#14), Google Trends (#13) and Google Search (#9) all reveal a city eager to show itself off to the world,” it said.(UNA)