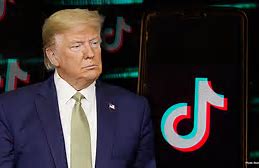 US President Donald Trump said on Friday that he will ban popular video sharing app TikTok in the country on security concerns that the service could be used by China to gather intelligence. Trump stated that he was considering signing an executive order in this regard as soon as Saturday. The US government has been probing potential national security risks owing to the Chinese company’s control of the app. US politicians have time and again been criticizing TikTok, of being a threat to national security because of its ties to China. ByteDance launched TikTok in 2017, then bought Musical.ly, a video service popular with teens in the US and Europe, and combined the two. A twin service, Douyin, is available for Chinese users. TikTok’s fun, goofy videos and ease of use have made it immensely popular, and US tech giants like Facebook and Snapchat see it as a potential threat. It has said it has tens of millions of US users and hundreds of millions globally.(UNA)