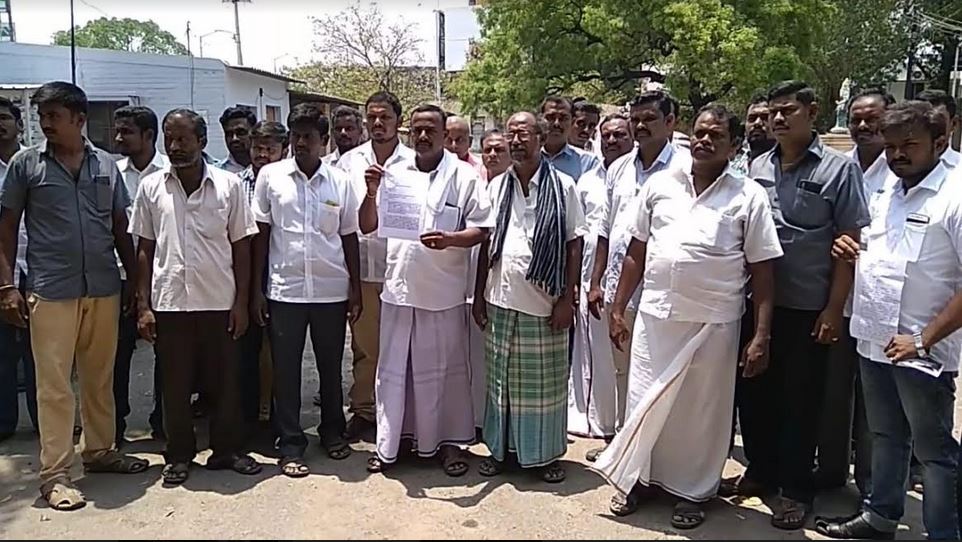 Public demand action on intimidating local youth
Nearly fifty persons from near Mecheri submitted a memorandum to the Deputy Inspector General
of Police (Salem Range)l Senthil Kumar on Friday to book case and arrest a person who caused
serious burn injuries to an engineering student.
The memorandum states that Karthick an engineering student and the son Perumal of
Sinthamaniyur went to a tea shop at the Sinthamaniyur bus stop on April 23. While Karthick was
having tea, Sabareeswaran, son of Jothy of the same area came to the tea shop. Sabareeswaran
allegedly told Karthick that he should not take selfies or see pictures in the cell phone in that place.
The conversation resulted in an altercation and Sabareeswaran allegedly poured the hot milk on
Karthick inflicting serious burn injuries on Karthick. Karthick is undergoing treatment in a private
hospital in Erode while Sabareeswaran was issuing threats to the public in the locality that none
should dare to question him.
The petitioners have further pointed out that the Mecheri Police have registered a simple case apnd
not a case of attempted murder. Stating that Sabreeswaran is yet to be arrested and continues to
threaten the public the petitioners have urged the DIG to slap strong cases that would entail
prolonged jail sentence

Modi Govt’s ‘Mantra’ now is “ELECTORAL VICTORY IS A LICENSE TO LOOT”: Congress