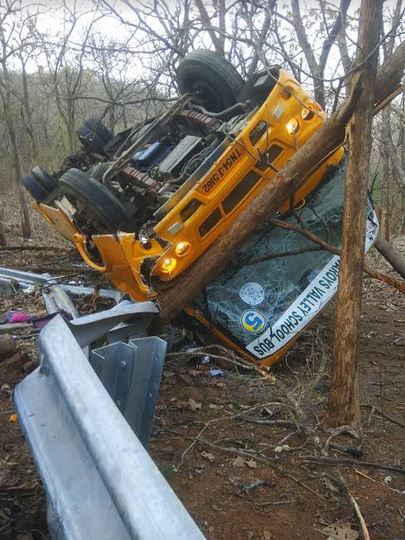 Twenty students injured as private college bus upturns on Yercaud ghat road
Over twenty students of a private college in Yercaud and the driver of the bus they travelled
sustained injuries on evening as the vehicle upturned on the Yercaud ghat road.
According to police sources, at about 5.00 pm, the bus was transporting male and female students
from the college located in Vazhavandh,i a hill village in Yercaud.
At a distance of 2 kilometers, the rear axle of the bus was cut and the driver lost control. The vehicle
brushed past a tree and turned turtle injuring many.
Nearly twelve boys and ten girls sustained various levels of injuries. The driver Srinivasan of
Kannapadi was also injured on his chin and chest. Five boys and eight girls were admitted as
inpatients in Salem GH as some are suspected to have suffered fractured. One girl who lives in
Papireddipatti was admitted to Dharmapuri GH.
The Yercaud Police have booked a case and are investigating the cause of the accident.
Meanwhile today, many students gathered at Kupanur toll gate and demanded a through
explanation by the college management. They alleged that lack of proper maintenance led to the
accident.