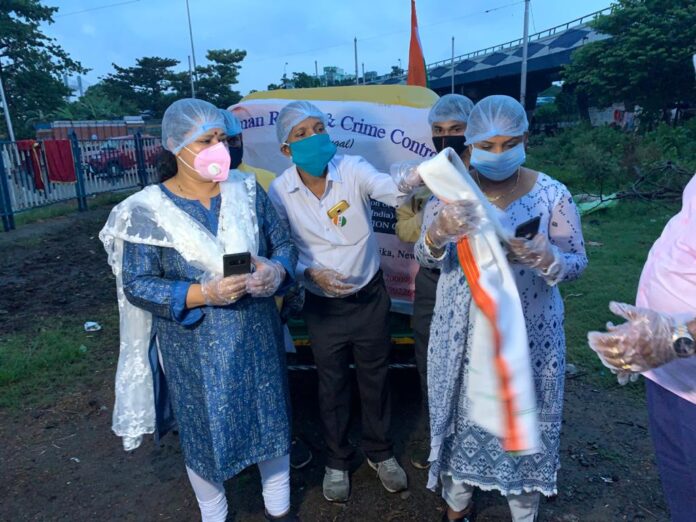 NHRCCB West Bengal celebrated the74th anniversary of the great independence of India with the people, who are still not free from the chains of their suffering. Under the leadership of  Mr. Umakant Mishra Mr. V  K Sharma, Sagnika Singh, Dr. Ruma Gomes, Mr B K Das and Mahendra Day. We all together distributed the Sanitizer Mask ,Biryani and celebrated this Independence day with great gaiety and joy. The president of NHRCCB West Bengal said we feel regret that large number of people are still not having  food after 74th Independence anniversary of India. While Dr. Ruma  Gomes said that it not only the sole responsibilities of government to eradicate the monarch of poor but the civil society has also to be come forward. NHRCCB West Bengal team is serving the people of Bengal by various means. Saganika Singh said to media that our organization will be always for the people, to the people and by the people.(UNA)